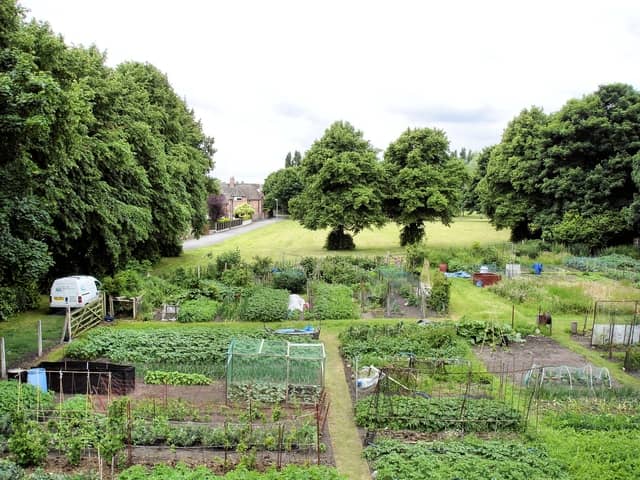 Generations of propaganda about the instability of “the commons” and the desirability of assigning property rights in everything has led the human race into a very dark place: now, two scholars, David Bollier and Silke Helfrich, have published Free, Fair and Alive, which offers a critique of the “Tragedy,” case studies of working commons, and a path to a better world based on shared resources and commons-based production. -Cory

Could we please, finally, lay to rest the tendentious “tragedy of the commons” fairy talethat has poisoned the minds of at least two generations? The accurate story about the commons deals with its ability to address the intractable problems of our time — wasteful economic growth, predatory markets, the climate emergency, savage inequality. The commons offers practical ways to develop non-capitalist social systems that meet needs while helping rebuild our ecosystems and create a sense of belonging.

This was a key reason why we wrote Free, Fair and Alive: The Insurgent Power of the Commons. At some point, Big Deceptions such as the “tragedy” fable become so deeply rooted they need to be confronted and debunked. One way to do this is to recognize the social realities and political potential of actual commons.

Garrett Hardin, the author of that famous 1968 essay on the “tragedy of the commons,” was in fact describing a free-for-all in which anyone can take as much as they want from a shared resource, such as a pasture. But in fact, a commons is not an “open access” regime for “unowned” resources. It is a self-governing community of people with rules and practices for stewarding wealth. It has protocols for resolving conflicts and self-determined sanctions for those who violate the rules.

Hardin was more accurately describing the “tragedy of the market” in which individuals — and especially businesses — routinely take as much as they want from our common wealth, and then disgorge unwanted costs and waste on to the larger community and future generations.

As two scholar-activists who have observed scores of commons around the world, we wrote Free, Fair and Alive to document the realities we have seen. Commons are ubiquitous, thriving, and expanding. From cohousing and agroecology to alternative currencies and community land trusts, and fisheries and open-source everything, commons are an effective form of provisioning and (peer) governance. They are arguably as old as humankind and as new as the digital technology.

Commons can be seen everywhere because they are not “things” like the oceans or land; they are a socially minded way of thinking and doing that crosses times and cultures and can be used in very different realms, from community-supported agriculture to software programming to cooperative forms of drug development. It is this versatility that makes commons a powerful alternative to the dysfunctional, distrusted market/state system that are failing to meet everyone’s needs.

To us, the mystery has been the relative lack of interest in the inner dynamics of commons. The real pioneer, of course, was the great scholar of the commons, Professor Elinor Ostrom, who won the Nobel Prize in Economics in 2009. Ostrom and her network of colleagues have illuminated the on-the-ground realities of countless communities and indigenous peoples who successfully cooperate and rely on commons to steward forests, farmlands, fisheries, irrigation water and other natural systems. However, much of this work reflects the framework of standard economics and its premises. It focuses on human beings as individual agents and assumes that “rational choices” and “transaction costs” are the decisive variables. In our explorations, we have found that the social, personal, and ethical dynamics of commons are at least as significant.

So in our book, we set out to probe the social practices of peer governance and stewardship that typically occur within commons. We wanted to know how commons are enacted and how they function as self-organized, living social systems. This presented us with a paradox — because every commons is based on its unique circumstances of geography, culture, history, weather, and traditions. How can one make reliable generalizations about phenomena that vary so widely?

We found the methodology developed by architect and philosopher Christopher Alexander to be quite helpful. In the context of urban design and architecture, he came up with the idea of “pattern languages” — a way to identify clusters of solutions for more or less similar problems.

In a commons, for example, there are always questions about “who’s in and who’s out,” how shall decisions be made in ways that everyone feels satisfied, how can the group cohesion be maintained over time, and how should people who violate rules be treated. These are the recurrent problems for which there is no panacea or standard response. But by applying a patterns-language methodology, we identified more than two dozen patterns to describe how the social life, provisioning and peer governance of commons are structured in commons. Naming the recurrent patterns enabled us to make useful generalizations about commons for practitioners while recognizing that each pattern is profoundly influenced by unique contextual factors.

Our framework, the “Triad of Commoning,” reflects the social, economic and political dimensions of any commons. The framework amounts to a foundational rethinking of the concept of the commons, shedding many old, familiar terms from standard economics, because language matters. Instead of seeing things as “resources,” for example, the farmland or software code or databases managed by commoners are better seen as “care-wealth” — shared wealth that is implicated in our cultural identities and emotional lives.

Standard economics sees it as “rational” for someone to take more than her fair share of collective wealth and to displace unwanted costs onto nature. But this is highly irrational by our definition of humanity. So we propose the idea of “Ubuntu Rationality,” a Bantu tribal idea that means “I am because we are.” Individual and collective needs can and should be aligned. Now that’s rational!

As all this suggests, the commons is best understood a different worldview, ethic, and set of social practices. It offers different ways of knowing, acting, and being in the world.

While this idea may seem utopian to people immersed within a market culture of fierce individualism and competitiveness, the idea that more intensive individualism, competition, and economic growth will solve our problems is the utopian fantasy. The simple truth of the matter is that commoning is already going on everywhere; it’s just not culturally legible. Commoning is not utopian (“nowhere”). It’s an unacknowledged “Nowtopia.”

That’s why we see the commons as having immense power to transform society. It offers a politics of belonging, an economics of sufficiency, and a culture of mutual aid and support. The crucial question is whether we will allow ourselves to see the rich possibilities.

David Bollier is Director of the Reinventing the Commons Program at the Schumacher Center for a New Economics in Great Barrington, Massachusetts.

Silke Helfrich is an independent commons scholar and activist based in Neudenau, Germany, who cofounded the Commons Strategies Group [http://www.commonsstrategies.org] and Commons-Institut. [ https://commons-institut.org]