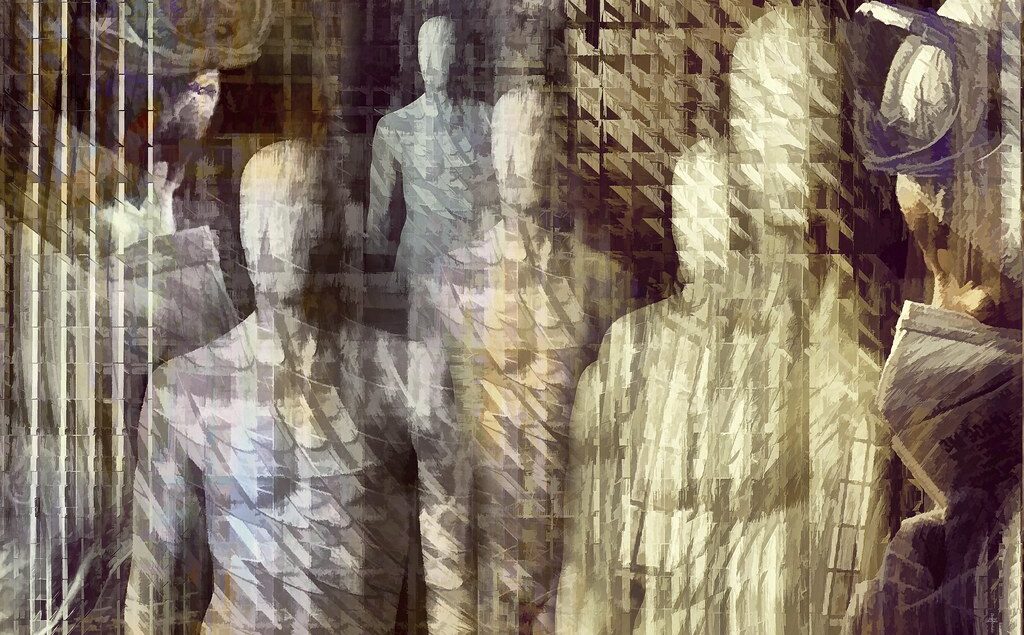 One of the most difficult things to endure in this pandemic, apart from the biophysical threat of Covid-19 itself, is the evaporation of meaning. Familiar institutions and norms are being revealed as dysfunctional or anti-social, leaving us in a fog of disorientation. Can the old, familiar narratives about “free markets” and a (seemingly) benign state truly be trusted to help us deal with the dangers we face? Reasonable people have reasonable doubts.

While sense-making has become a hothouse activity over the past five months, I have encountered three essays that have been of particular help to me in coming a clearer understanding of our current plight. These pieces are by ecophilosopher Andreas Weber, my long-time commons colleague Silke Helfrich, and systems-change activists Nora Bateson and Mamphela Ramphele.

In “Nourishing Community in Pandemic Times” Andreas Weber notes how the lockdown of the past several months underscores a point that neoliberalism has generally avoided – that “the individual can only live if the collective, which she constitutes with all others, is able to thrive.”

Market economics and corporations have little direct interest in the thriveability of a society, of course. They are structured to extract and privatize wealth, and monetize it for market exchange. That is their avowed mission, bolstered by a culture of individualistic materialism. Now that investors have largely commandeered state power to make this the top priority in societies, many governments around the world only pretend to serve the citizenry with any vigor. Everything is really about market growth.

Given the realities of the pandemic and an array of ecological crises, including climate change, Andreas Weber writes, the imperatives of living systems will have to become foremost concerns:

“Only if we understand that the metabolic process through which we participate in life is an act of nourishing a community shared with other beings, can we move away from treating others – human and non-human beings – as objects, which need to be dealt with efficiently. Sustainability politics, therefore, should include the experience of creating fertile life within a community, considering human and non-human beings as kin, and putting the other’s wellbeing first. For millennia, and until today, this position has been taken by societies labelled as ‘animistic.’ From the perspective of a community of life, these lessons of animism need to be revalidated, as being able to inform our actions with etiquette of reciprocity in the great society of being.”

Another wonderful essay that helps us take stock of the structural problems of the moment is Silke Helfrich’s piece, “How the coronavirus is forcing us to think beyond market and state.” Silke clarifies how market/state thinking is part of the problem that must be identified and overcome:

“….our economic system is so dependent on the production of goods and relentless consumption that, despite ample inventories, public debate is all about the imminent catastrophe and collapse that would occur if we were to take just two or three months to turn the energy levels down, relax, take a rest, catch our breath, do nothing, live off of reserves, share and scale down. Yet in one of the richest industrial nations of the world, where the needs of most people are met, or can quickly be met, through redistribution, this option is seen as a trauma.

“On the other hand, not only the production of goods, but also our political system is designed to require that nobody ever relaxes, takes a break, catches their breath and does nothing for a while, even though controlling the pandemic and healing the environment dictates it. The state’s singular job is to either stimulate consumption to re-jumpstart the economy or to stimulate the economy to jumpstart consumption. If the wheel ceases to turn, the system is in danger of collapse. Anything more than a short-term “shutdown” seems unthinkable. Therein lies the design flaw of our economy.”

Helfrich notes that an obvious response is commons-based thinking, which focuses on what people are able to do with each other in a self-determined, self-organized, needs-oriented manner, without market exchange. For example, in the early days of the pandemic, the protest movement in Hong Kong took infection control into their own hands, as she writes:

“On the very same day that the city had its first reported infection, a team of citizens who had been engaged in political protests set up a website to track cases of Covid-19 infection, identify transmission hotspots, and cross-check news stories across multiple sources.  In a remarkably short amount of time, without government assistance, nearly everyone in Hong Kong equipped themselves with masks despite the government’s ban on covering one’s face in public (a rule imposed in the wake of the protests). The use of masks was entirely voluntary, not mandatory.”

More broadly, Helfrich argues that the commons address the design flaws of our economy. They “create resilience, reduce dependence and lessen power imbalances… Everything is not already over-leveraged to provide returns to capital. It becomes possible to operate at a relaxed pace, in ‘power saving mode,’ as long as we have enough to live on. There is no need to produce gratuitous things just so that people can keep their jobs and ensure their survival. With commons, it becomes possible to engage in many meaningful activities that have nothing to do with profit-driven business models.”

Finally (for now), consider another brilliant essay by systems thinker Nora Bateson and Mamphela Ramphele, Co-President of the Club of Rome. They suggest that we are at an inflection point in how our society approaches environmental and social change. “It turns out that it is not traction that is needed, but relationship,” they write in an essay, “Finding a Way.”

Fifty years ago, the ecologist Garrett Hardin, who gave us his (in)famous “tragedy of the commons” fable, also promoted what he called the “lifeboat ethic.” This parable suggested that the human species, as endangered by environmental threats, resembles a group of 50 people in a lifeboat that can hold only ten additional people, even though there are 100-plus people in the water.

Therefore the questions are:  Whom shall “we” save, and using what criteria for making those choices? This is the cold logic of experts who apply believe that their rigorous, imperative reasoning is the only way to approach a problem and solve it.

But Bateson and Ramphele note in their essay that people are not simply numbers and roles; life cannot be reduced to a set of simple narratives and formulas.  People are living, creative organisms who are embedded in a dynamic, contingent context.  Their sentiments of care and imagination – and their relationships to each other – are themselves generative and can open up new paths forward.

“Finding a way” is therefore about the unique possibilities that arise through relationships among particular people, in a particular body of water, on a particular day. There is no formula, no method…

The point of the essay is that people improvise and discover new approaches through their living relationships and actual circumstanceds. Instead of an inexorable lifeboat scenario, it’s possible that people would decide to take turns swimming, or tie clothing to hold people together, or find some other novel means to survive together. As Bateson and Ramphele note, we soon discover that “capacity cannot be front-loaded; it is emergent.”

Given his “lifeboat ethic,” it is not entirely surprising that Harden expressed a lot of eugenicist, nationalist and white supremacist ideas: simple, formulaic approaches that trade on fear.

Whereas commoners are co-inventors and co-discoverers of new answers. Bateson and Ramphele: “The eagerness to define community and to define set formulas for responding to the needs of community are creating a blindness to the necessary complexity, perpetuating the elimination of contexts and failing to perceive the uniqueness of the ways in which communities are alive and entangled.” You can read the entire essay here.