If there is any doubt that ordinary, non-credentialed people are prepared to step up to the daunting challenges of climate change and Peak Oil, I’m pleased to report that the good people of Kingston, New York, gave a resoundingly positive answer this past weekend.

More than 230 people (1% of the city’s population!) showed up at a bold convening called “Surviving the Future: Connection and Community in Unstable Times.” The event invited the public to explore some of the big questions facing humanity right now, with a local twist: “What do we need to navigate these tumultuous times an create the systems and ways of being together that best serve us?” “What’s already going on in and around Kingston?” “What more do we think is possible?”

This event was the brainchild of six community groups seeking to pull together activist-minded doers. It was an experiment in trying to catalyze a new level of emergence in the Hudson Valley and discover if artists, tenants, racial justice advocates, sustainable farmers, alt-transportation experts, relocalization enthusiasts, and many others, could come together and start to develop a shared vision for change. 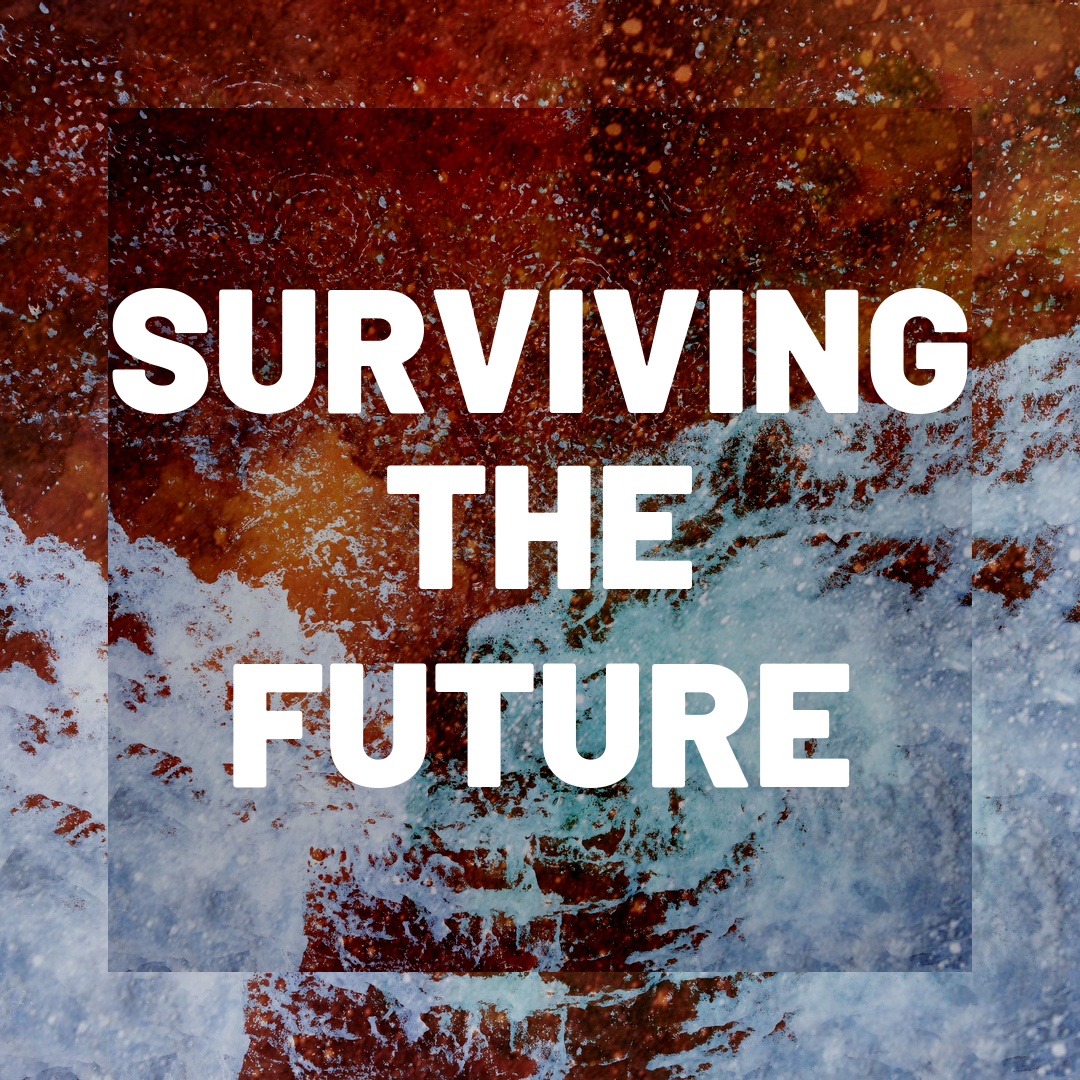 The event began with three talks on Friday evening to frame the challenges. People heard an inspiring talk from Kali Akuno of the famed Cooperation Jackson project that is using cooperatives to empower the people of Jackson, Mississippi, to take charge of their lives. Ariel Brooks of the New Economics Coalition explained what is meant by a “Just Transition” (“transition is inevitable; justice is not”). And I introduced the commons as a valuable tool in this quest and noted the “pluriverse of noncapitalist alternatives” already emerging. (Micah Blumenthal and Evelyn Wright were excellent facilitators throughout!)

The next day, about 130 people showed up for a full day of breakout sessions to dream up provocative new ideas and make plans for a different future. While a post-capitalist future is not going to arrive tomorrow, countless minds were expanded and many seeds of change planted.

Among the self-organized “unconference” sessions was one on “bringing ecological intelligence to culture” and another on “co-operative development.” One session asked people to imagine “a city/world without police,” and yet another gave guidance on “transitioning what and how we eat” (preparing simpler but tasty food).

I was enthralled to learn about The Center for Post-Carbon Logistics, which is exploring how to move “goods and people from place to place in a climate constrained future.” I met Jesse Brown, co-founder of Hudsy.tv, a “digital storytelling platform for the Hudson Valley, NY…[that provides] an integrity-based video content distribution option” for filmmakers. The idea is to create a platform cooperative that does not act as a giant money-machine sucking personal data and money from independent filmmakers and viewers who care about the Hudson Valley.

One gentleman invited the audience to join a small team in identifying the antisocial incentives of Kingston’s zoning code. An entire breakout group contemplated solutions to the city’s rampant gentrification and other housing issues. Clearly this is a town whose citizens have the courage and imagination to think big.

By coincidence, the day before the conference, The Guardian had published a first-person account by a former Kingston resident marveling at the city’s progressive ambitions. With some hyperbole, the headline read: “The US City Preparing Itself for the Collapse of Capitalism.” The article focused on the inspiring healthcare project known as O+ (“O positive”), which has worked with artists to secure medical, dental and wellness services for them, while enlisting their energies in street art and an annual public festival.

O+ is just one of many Kingston initiatives that are developing functional alternatives to the standard “economic development” vision. We all know how Chambers of Commerce like to attract large outside investors to build big facilities and spur local employment – not appreciating that such ventures often siphon away the life and money of a town while making them more dependent on outsiders.

Folks in Kingston have very different ideas.There is Radio Kingston, which gives voice to a full panoply of community members on the air every day. Hudson Valley Farm Hub is a huge tract of farmland whose managers are exploring how to grow more food for local distribution, in more ecologically and socially mindful ways. Its Native American Seed Sanctuary is working with the Akwesasne Mohawk Tribe to grow Native American varieties of corn, beans, squash and sunflowers, while helping to preserve the tribe’s culture.

One pillar of the emerging activist network is the Good Work Institute, which offers space for events and meetings. The Hudson Valley Current is an alternative currency that is starting to make greater headway in reinvigorating local exchange. There is even a fledgling Kingston Maker Project that seeks to nurture the local talent and enterprises for a more resilient future.

Other conveners of the Kingston event bear mention: Transition Kingston; Commonwealth Hudson Valley, which aims to energize the cooperative economy regionally; Rise Up Kingston, a grassroots group focused on “dismantling the structures of racism and oppression”; and the NoVo Foundation.

As the author of the Guardian piece, Alexandra Marvar, put it, “Kingston is piecing together the infrastructure for a self-sufficient community.” That will clearly take some time, but surely a great threshold has been reached when people have the resolve to imagine a new and better future, and the confidence to rely on their own collective agency. Wow.

I left Kingston with a new spring in my step and fantasies about trans-local dialogues among vanguard cities like Kingston. But of course, first things first.